When I choose a destination for a relaxing holiday these days (as opposed to a city break or an active holiday) my criteria is usually based on the weather, the scenery and whether there are quaint towns that inspire photographs. Croatia has all three in abundance. I did visit Dubrovnik once before. A long time ago. And it’s city defenses, red roof tiles and cobbled streets stayed with me. This time I ventured further afield to the island of Korčula which boasted a capital that was like a mini Dubrovnik. It was worth the three hour transfer time, plus the sea ferry that transported us to our chosen hotel. I’m not going to go into details of the hotel as it’s not necessarily one I’d recommend. It was okay, but not exceptional. It’s main attribute was that it was only 3 km from Korčula Town (a 25 minute walk), or ten minutes by water taxi that was as cheap as chips.

“Korčula Town is a stunner. Ringed by imposing defences, this coastal citadel is dripping with history, with marble streets rich in Renaissance and Gothic architecture.”

Visiting at the end of the season (no idea why everyone kept telling us that – mid September is hardly cold at an average of 30 ‘c by day) had distinct advantages. The days were hot but not humid, and the evenings were still warm enough for t-shirts but cool enough to sleep without air-con. It was also far less crowded than I imagine it can get in mid-Summer. During the day the cafes and restaurants had plenty of spare tables, and even in the evenings it wasn’t difficult to find a restaurant with an amazing view.

It was a pleasure to wander the many alleyways that wind down from the magnificent 15th-century cathedral (built from Korčula limestone by Italian and local artisans) peeking into restaurants and enticing boutiques. Around every corner there are houses lining the steep streets with herbs and plants growing in any pot, or container that could be found. Washing hanging overhead, and chairs at the ready for the residents to have a gossip once the day winds down.

A steep and narrow climb up to the bell tower of the cathedral rewarded us with a 360 degree view of the red rooftops, the harbour, and the many islands dotting the Adriatic sea.

It wasn’t long though, before the lure of food and ice-cream dragged us down again. Croatian wine is to be recommended. We mostly drank the house wine but that was perfectly palatable. In truth, Croatia is not cheap where food and drink is concerned. I’d say, it’s around the same as the UK. The house white was around 125 kn (£15), a nice bottle would cost around £25 – £30. Cocktails averaged £12 each. 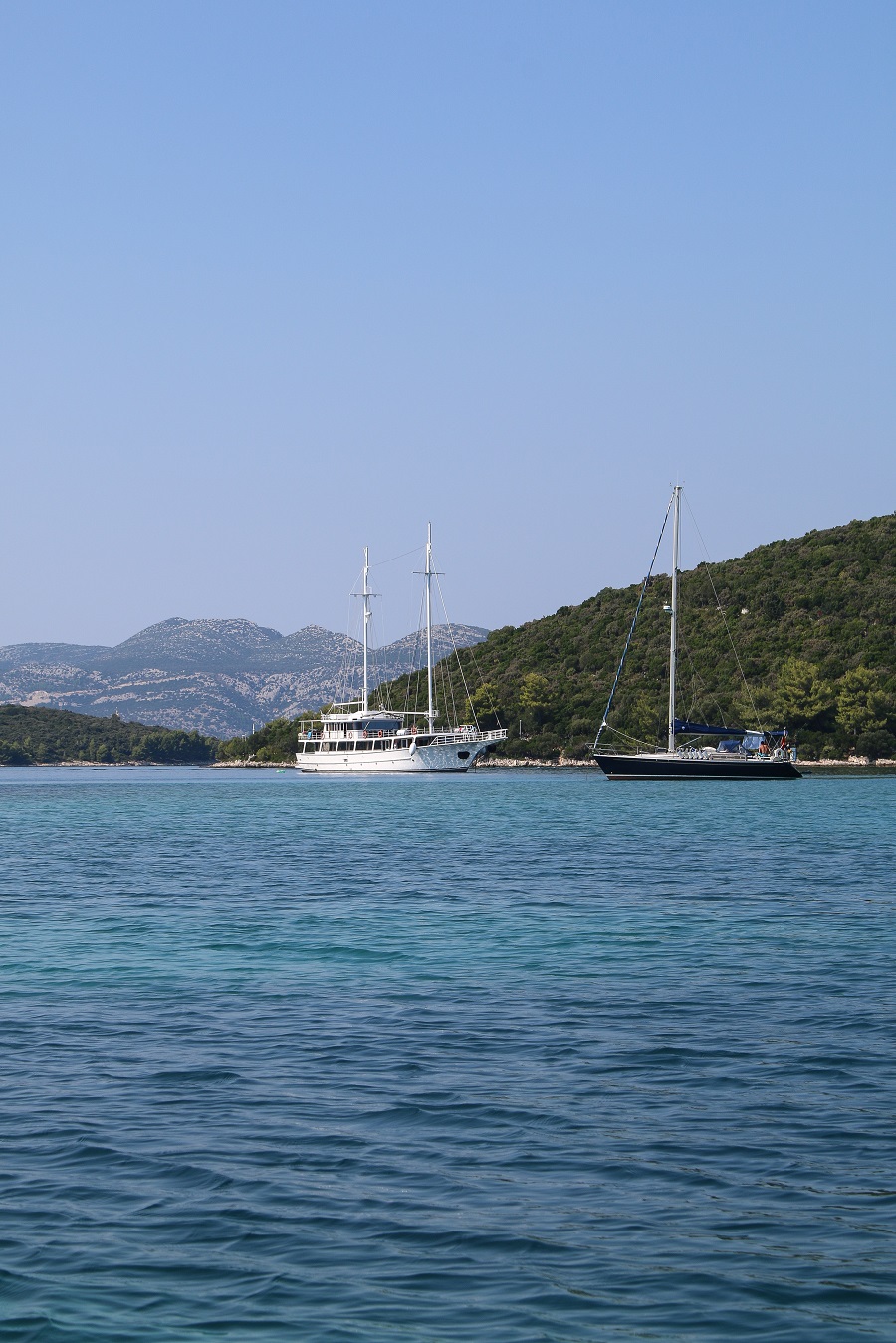 Take to the Water

When surrounded by so much crystal clear water, it only makes sense to get afloat. After finding out that most tourist trips had already stopped (that end of season baloney again!), we took what was offered in the form of a self-skippered boat. It wasn’t even expensive to hire a boat for a day. In fact 300 kn (about the same price as our last meal!). So okay, it was a simple motor boat, but with no experience we needed something easy to master. And it was a lovely day exploring the coast and islands with no agenda or time constraints. I’d recommend this option now. Take a picnic and make a day of it. There are lots of sheltered places to drop anchor and dive in for a swim and there seemed to be plenty of options to tie up (I don’t know the technical terms as you can see) and go ashore.

A WEEK IN INDIA – FORTS, PALACES AND SURPRISING SPIRITUALITY

INTRODUCING THE SMÅLAND REGION OF SWEDEN – FORESTS, FACTORIES AND FURNACES

A BLISSFUL WEEK WANDERING THE STREETS OF RURAL FRANCE

Paint: Neutral Does Not Have to Mean Bland