Wall and floor tiles may be the practical choice for kitchens and bathrooms but that doesn’t mean you can’t have fun. Just as you would add colour and pattern to other rooms with paint and wallpaper, you can add interest to your kitchen and bathroom with a mix of colour, pattern, and texture on tiles. As a general rule I wouldn’t have more than three different tiles in any one room, but there are lots of ways you can ring the changes and mix things up.

This is the tried and tested way to introduce two styles of tile into a room. There’s no conflict. The plain white wall tiles are a classic choice for a kitchen splashback, while the patterned floor tiles add some striking pattern to an otherwise plain and traditional room. It just works.

Use Stone as a Neutral 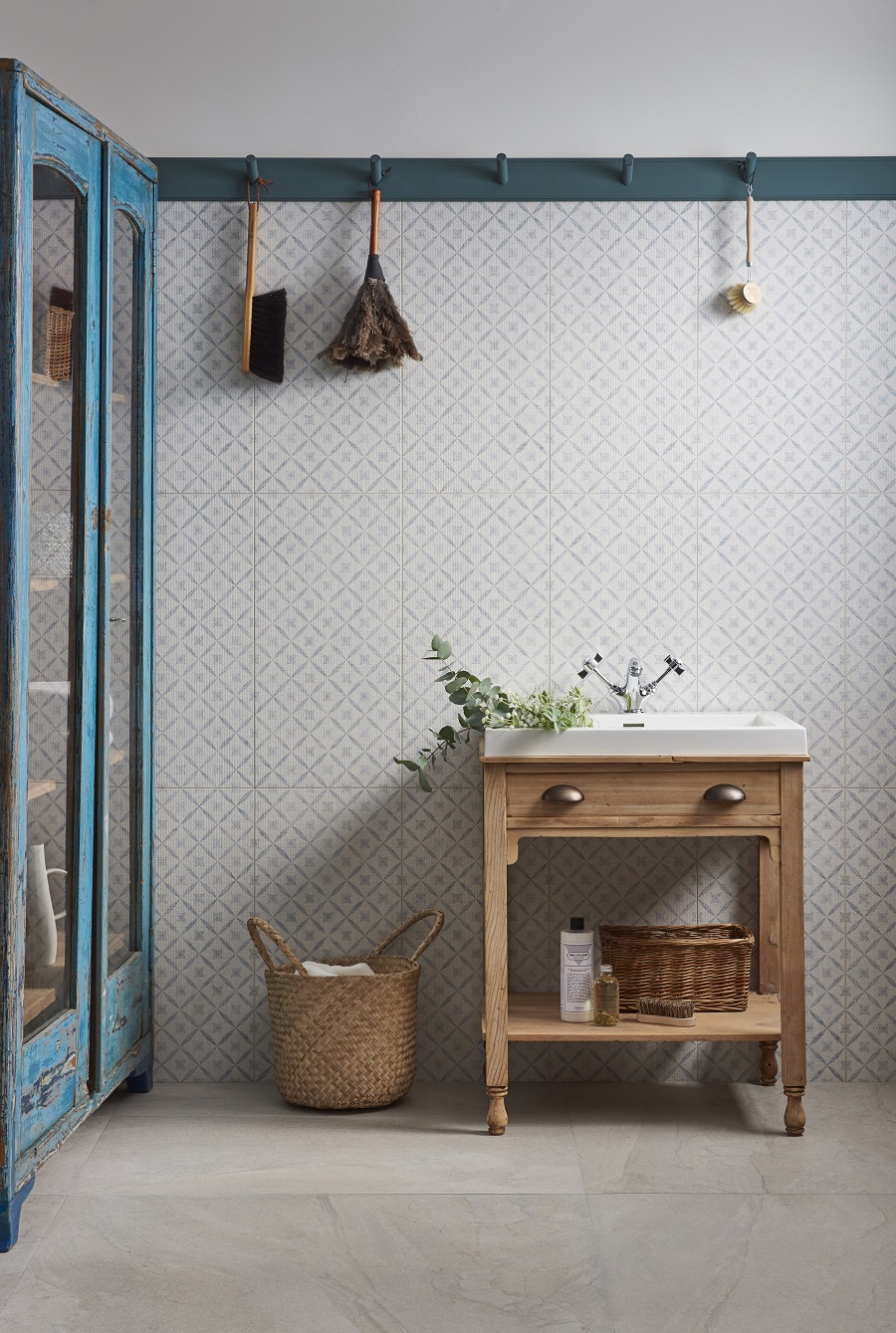 You can of course add the pattern to the walls and keep the floor tiles plain. But in this case instead of using plain white, a stone effect has been used, which works as a neutral. I particularly like the way the wall tiles have continued up to picture rail height, topped off with a peg rail. That’s an idea I’m going to have to copy.

Create a Feature Wall With Coloured or Patterned Tiles

We’re all used to the wallpapered feature wall, so why not use tiles. These stunning fish scale tiles have been used to great effect behind the bath and have been balanced out with white marble effect tiles on the other walls, and wood effect tiles on the floor. Note the maximum of three rule.

Create the Effect of Pattern With The Same Tiles

If using too many styles of tile in one room is scary, you can create the effect of a pattern by varying the way the tiles are laid. This room would have been far less interesting if all the tiles had been laid in the same way. By laying the tiles behind the shower in a herringbone pattern, the room had effectively been zoned and interest has been created.

Get Creative With Pattern Repeats 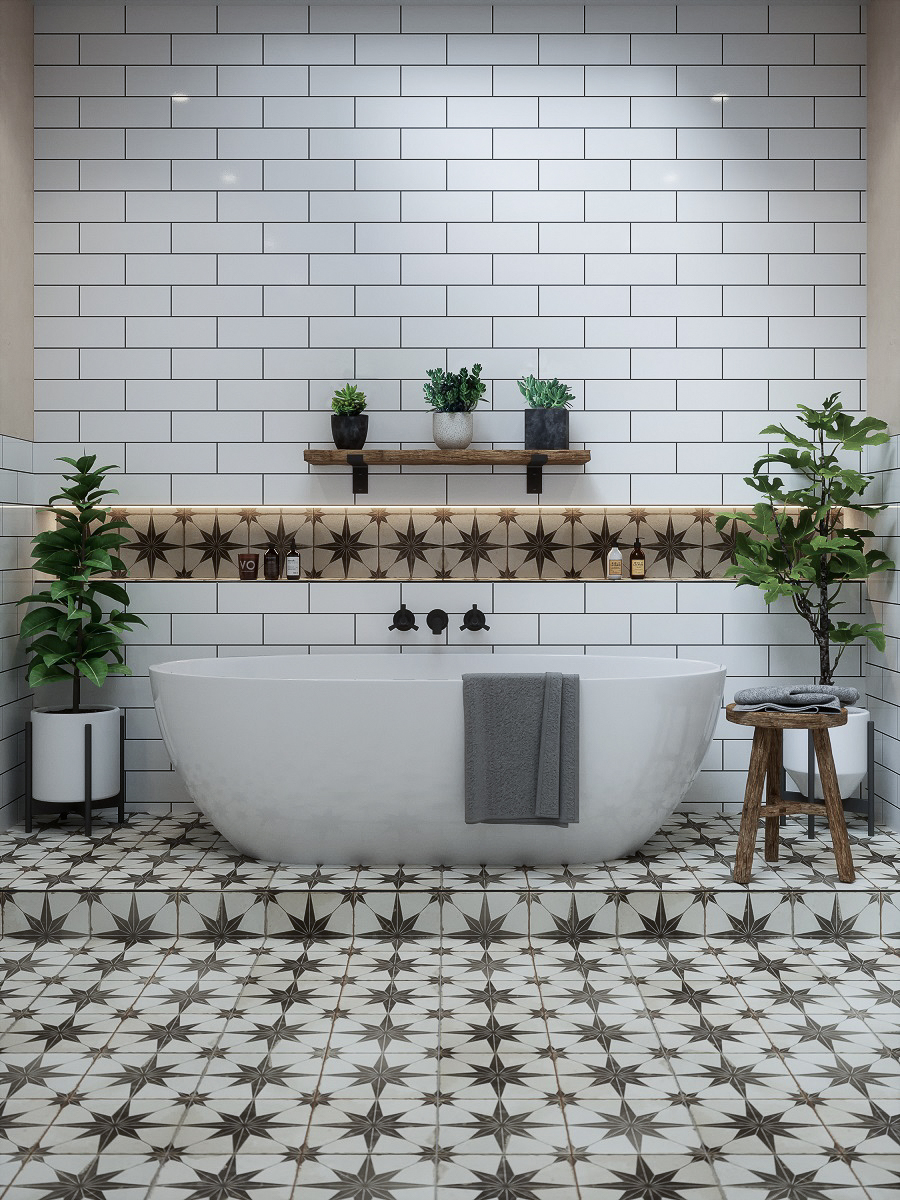 The room above would have worked with plain walls and a patterned floor. But see how more interesting it is with the patterned tiles used in the recess also. This would have had to be meticulously planned in the early stages of the bathroom design, so that the recess was the exact height of one tile.

Get Creative With Randomness

Hexagonal tiles are definitely having a moment, and their shape allows for mixing patterns in a random way. This works because the shape of the tile is consistent even if some are plain white and some are patterned. I’d definitely recommend trying this out before committing to tile adhesive, and I’d probably be standing over the tiler every step of the way. This is also the only tile that can be stopped randomly half way up a wall with no edging. In fact it even looks better that way.

Features can also be created by using different textures of tiles. In this case the application of a matt tile has been continued along the floor and up the wall, contrasting with the glossy tiles elsewhere. Not only does this look good visually, but I’m guessing has a practical purpose too. The matt tiles have been used in the high traffic area and will be less slippery when wet.

GET CREATIVE WITH KITCHEN TILES

Little Things That Will Brighten Up Your Home During Lockdown

Wallpaper – The Seville Collection From Cole and Son