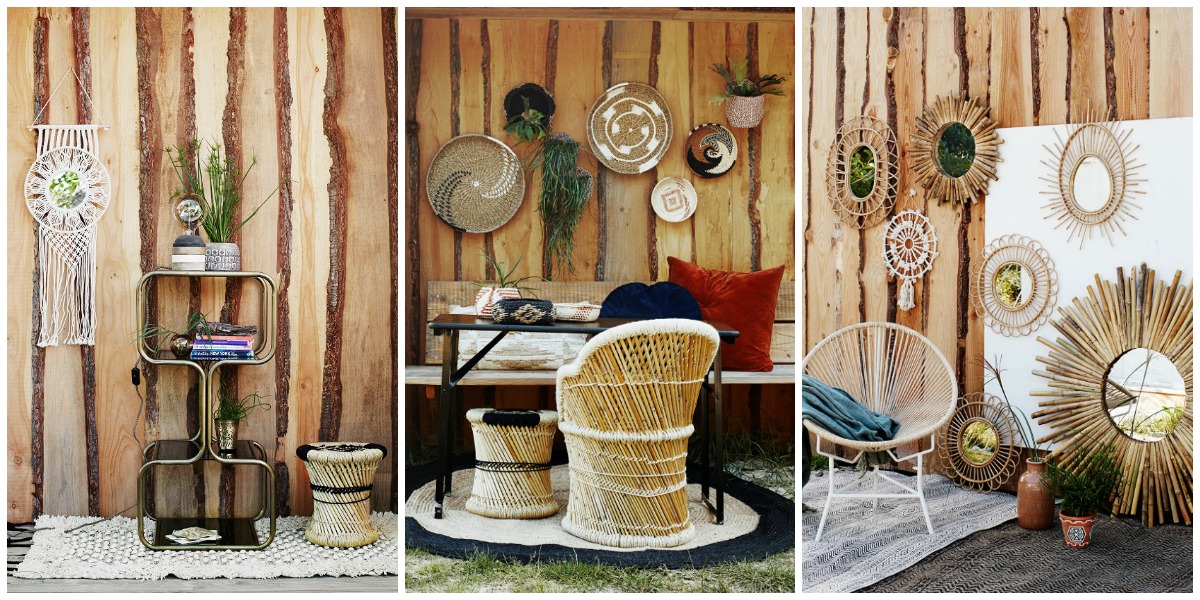 The story behind Danish homewares brand, Madam Stoltz is a bit of a modern-day hippy fairytale. In the early 1990’s Pernille Stoltz was travelling through Asia, and in order to finance her travels she started buying jewellery in India and selling it to tourists on the beaches of Greece. When she returned to Denmark after travelling for three years she had a head full of ideas of how to produce her own designs of handicrafts and homewares with some of the skillful Indian craftsmen she had met on her journey.

To cut a long story (and no doubt a lot of hard work) short, she is now living happily ever after on her native island, Bornholm, in the middle of the Baltic Sea, together with her husband Peter and their two young daughters. And from there they run Madam Stoltz, selling their beautiful products to lifestyle stores and gift shops in Denmark.

Her latest collections shown here are all about channelling that beachy boho vibe with macrame lampshades, fringed hanging chairs and bamboo starburst mirrors. Bang-on-trend this year and one of my favourite looks for summer. It’s all about creating the feeling of being by the sea, spending lazy days in the outdoors, and pulling together a look that is relaxed but full of texture and ethnic detail. 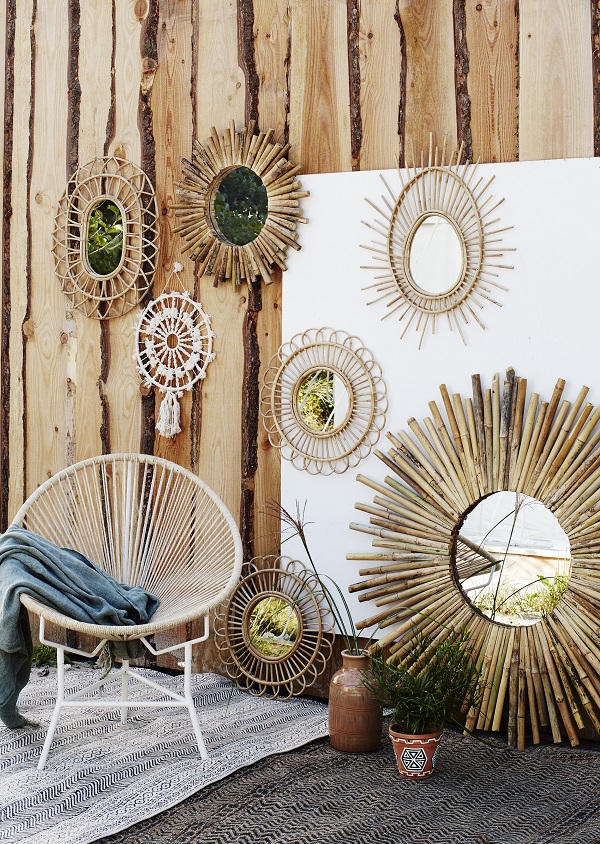 The driving forces behind the company have been creativity, fantasy and an adventurous mind. Can’t you tell? Combined with a deep fascination of the Asian style of living and the ability to seize the opportunities popping up when on the move.

”I travel to India minimum 4 times yearly – and I always return full of inspiration – India has become my second home”. Pernille Stoltz.

Available in the UK via Out There Interiors.

A Stylish and Rustic Mountain Chalet in Verbier